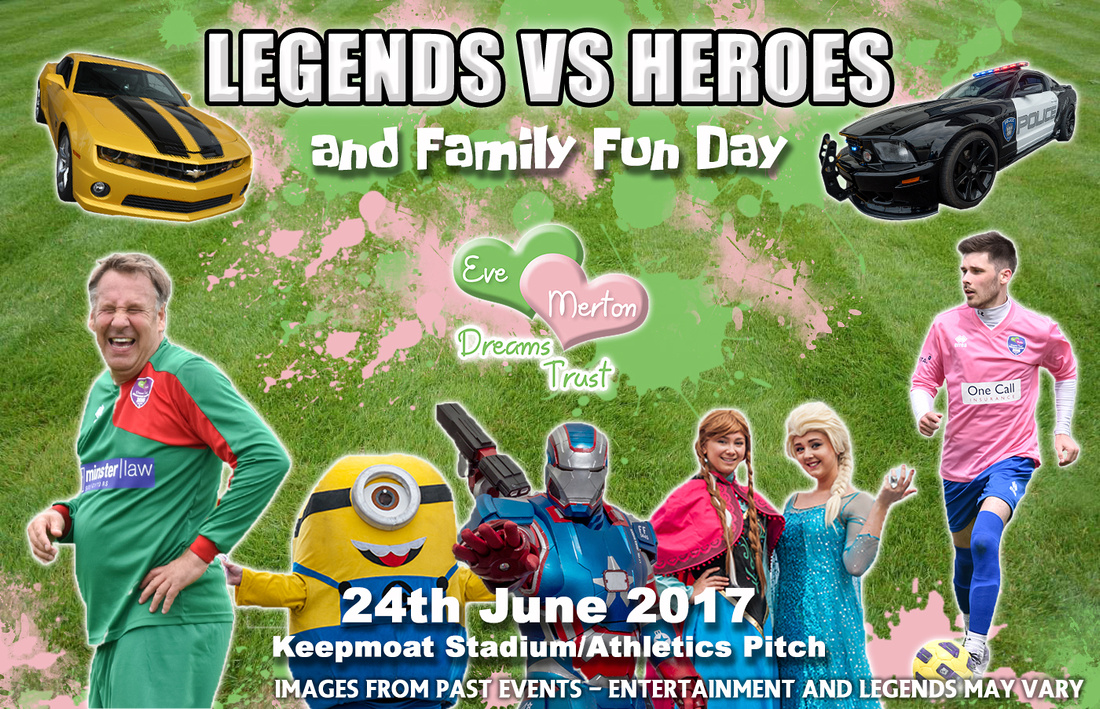 Back to Main Legends 2017 Page

This year's game will be the fifth of the Evestrust's annual family fun day, which includes the Legends Vs Heroes football match. The day starts with activities for the family. In previous years we have seen bouncy castles, rides, disco, stalls, film and cartoon character and vehicle appearances, Reptile Rendezvous & Furry Friends and much more.

The main event for me has to be the football though. The legends sides are always full of quality, with thousands of games of experience for some of the best teams around. There have been retired professionals that have played at the highest level of club football and starred in European and World Cup competitions. Players that undoubtedly earned legendary status at their respective clubs, Premier league, Domestic and European champions. Players like Des Walker, Paul Merson, Darren Anderton, Carlton Palmer, Dave Beasant, Lee Hendrie, Andy Sinton, David Hirst and Chris Sutton who have represented the England national team. 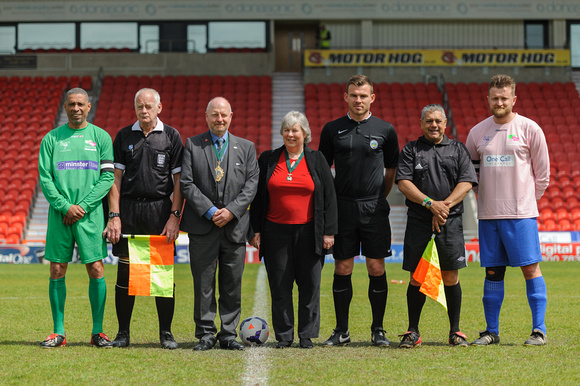 Doncaster Rovers players from past and present have joined in over the years. 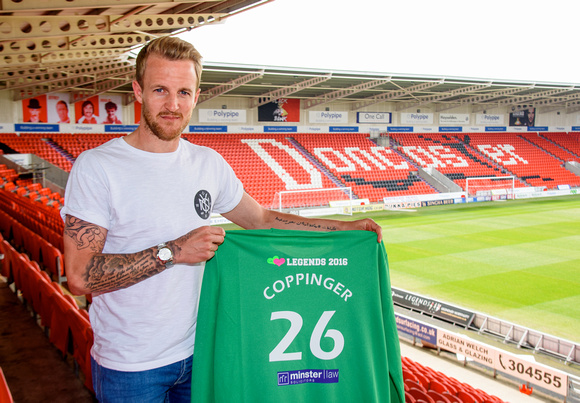 The charity teams over the year's have been made up of charity volunteers, fundraisers, teachers, representatives of local businesses and last year, Connor Steel, a young man who was a recipient of an Evestrust dream when he visited the Manchester United training facility to meet his idols, after beating cancer twice he joined the 2016 event as one of the top fundraisers and played on the Legend team and ended up a teammate of former Manchester United star, Clayton Blackmore.

The 2016 game saw the Charity Heroes team win for the first time beating the ex-pro's 7 - 5. Has the power shifted or will 2017 be back to business as usual for the legends and their winning ways?

WHAT IS THE EVE MERTON DREAMS TRUST?

The Eve Merton Dreams Trust, or Evestrust, was a charity set up in 2011 by Martin Lawrence and Clynton Johnson, after Martin's mother, Eve, passed away. The charity was a way to honour her memory and to help the people of Doncaster who are affected by cancer, the disease which Eve had battled with in the latter years of her life. The charity aims to raise funds that can then be utilised to improve the lives of cancer sufferers and their families. Through their team of volunteers they take applications and, if they can help, use their funds, resources and contacts to help make these 'dreams' come true.

I first heard of the charity in 2014, when in the run up to the Legends game, a family friend noticed they were looking for a volunteer to assist with the photography of the event and tagged me in their Facebook post. I had only taken up photography the year before as a hobby, but had helped with a sporting charity event before and was very interested at getting involved and joined the photography team for that year's event. Soon after the event, I was contacted by them again to enquire about my availability to cover a dream. I was available and offered my services. The dream was a birthday party at the Earl of Doncaster for Margaret. Seeing Margaret's reaction when she arrived was what this was all about, it was so simple yet so beautiful as she was surprised by family and friends, when just expecting a quiet birthday meal. At this point, I agreed to make my role with them 'official'.

Over the last few years, I have photographed fundraising events and dreams for the charity and feel proud to be part of such a generous and kind group of people, giving their time and effort to help total strangers. One of the key points that really shows how much this means to people is when the families that Evestrust help, show their appreciation by supporting and volunteering for the charity. Sadly, the nature of the charity means that we see tragedy, pain and loss, but remembering that you were part of positive, happy times and created the smiles and memories for the families keeps you going.

Back to Main Legends 2017 Page

To see more information about the charity

To keep up to date with dreams and fundraising events